Should the practices of universally declared human rights be subjected to interpretation? 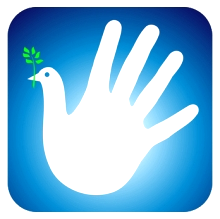 A quick statistical analysis by the Human Rights Watch organization regarding the way human rights are respected in various regions of the globe can provide us with several situations of explicit human rights violations. One may argue that, even though universal human rights are generally accepted, it is within the right of every society to choose the extent to which they are obeyed. Furthermore, certain social groups, whether they are united on religious, social, or ethical principles prefer to respect their traditions, although they are not compatible with the clauses of the Universal Declaration of Human Rights.

One of the best examples of universal human rights violations is the situation of female citizens in the Arab world. In accordance with the religious and cultural traditions of these countries, women are considered property of their family until marriage and property of their husband afterward. However, universal human rights clearly state that all human beings are born free. Therefore, this highlights that Islamic cultural and religious beliefs are incompatible with the declaration of human rights.

In this case, there is no question whether human rights are subjected to interpretation, as the choices are simple. Either the political and religious leaders will accept the human rights treaty, thus giving women independence and freedom, or choose to ignore the treaty and stick to the old traditions. However, if you take into account the fact that religion plays a major role in the politics of the Islam world, you can understand why the aspired change in the social system is difficult.

The flaws of the religious system

Regardless of which religion you are referring to, whether it is Christianity, Islam, or Judaism, there is no absolute truth. Religion is perceived through the interpretation of spiritual leaders, thus they can choose whether to respect or abolish dogmas that conflict with human rights declarations. Much like in politics, religious leaders are not so quick to propose unpopular solutions, as they do not want to jeopardize their position.
However, keep in mind that religious traditions that are incompatible with the human rights treaty are merely the interpretation of a spiritual leader. Therefore, everyone is obligated to reflect on the ethical and moral implications of violating another person’s basic human rights, even though religion may justify it.

You may be aware of the harshness of the legal system in a few third-world countries. For instance, women can be stoned to death for being unfaithful to their husbands, and thieves are executed on the spot or have their limbs cut off. While it is true that every sovereign nation is entitled to pass its own laws, you should ask yourself whether these means of enforcing the legal system are justifiable.

While in the old ages these actions could be tolerated, the moral and ethical systems of today’s world have come a long way. Therefore, be mindful of which traditions of your culture or religion you choose to follow. The human rights treaty was meant to protect each and every person against any form of abuse, and it should begin with every one of us stepping up and supporting it.

The Human Rights Treaty under the jurisdiction of the UN Commission

The Human Rights Treaty has its roots in the older Natural Laws, thus it is not influenced or subjected to interpretation by any nation or individual. However, it does not depend on the legal system of each country, as it is universally approved. As the name of the treaty suggests, they refer to the basic and fundamental rights of each and every individual, regardless of race, religion, sex, or culture. Louis Henkin refers to human rights as the essential means for each person to develop in a society that respects his dignity, and decency and provides fairness of justice.

Section 2 of the treaty states that all people are created equal and have the right to enjoy individual freedom and protection by the law as enforced by the Constitution. What this actually means is that, regardless of a person’s social status, sex, or race, the same type of justice should apply to everyone and that no one can be the property of another person.

At the same time, article 55 of the UNO Chapter dictates the terms under which different nations can peacefully coexist and collaborate. These conditions refer to the mutual respect of the citizens of sovereign nations and their rights to respect their culture and traditions. Therefore, one of the main points of the Human Rights Act is to ensure peaceful relationships between nations, regardless of religious or cultural dogmas that may appear incompatible.

The philosophy behind the Human Rights Act

There are various reasons why people are being discriminated against, treated like a piece of property, or have their fundamental rights violated. While morals and ethics have come a long way since the old days, certain cultures cling to the old traditions, even though respecting them clearly means ignoring fundamental human rights. At the same time, minority groups are being discriminated against based on their nationality, traditions, sexual orientation, or the color of their skin. Therefore, the Human Rights Act was developed in order to prevent this kind of abuse and protect the basic fundamental freedom of each human being.

The agenda of the Human Rights Commission

This commission was appointed by the General Assembly for a few reasons. Firstly, it is responsible for ensuring that all the fundamental rights of every person are respected. Second of all, it was created to protect basic civil freedom rights, like the liberty of information and the status of women. At the same time, the Human Rights Commission is here to ensure that minorities are in no way discriminated against on their nationality, religion, or other aspects. Furthermore, this commission is constantly elaborating on new preventive strategies against human discrimination toward individuals based on their language, religion, and race.

There are many forms of discrimination in the world today and some of them are enforced by religious or political leaders as some of these human rights violations are justifiable through old traditions. However, it is time to realize that these traditions have long outlived their purpose and should adapt to the modern-day ethical and moral system. The Human Rights Act has been developed for the purpose of ensuring each person the inalienable and fundamental rights. With the Human Rights Commission’s wide-ranging profiles, it is hoped that the Human Rights Act can be respected by each and every one of us on the globe one day.